The Audit Report presents the comprehensive findings for a project. It is useful when you want to obtain a detailed look at targeted hosts in a project. The report data is divided into two sections: Major Findings and Detailed Findings. 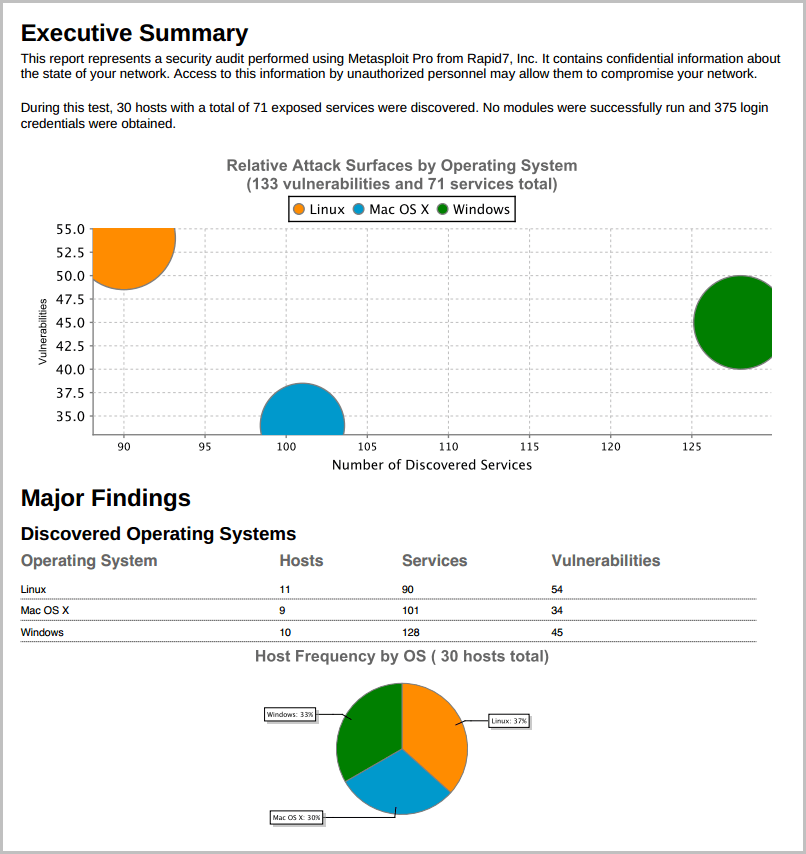 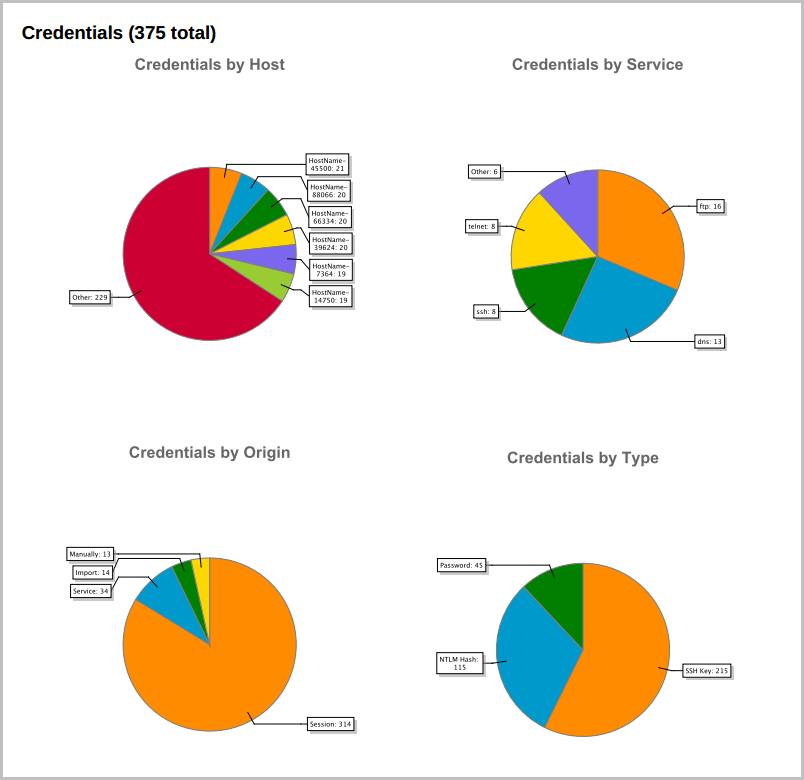 The Major Findings section presents host, operating system, and compromised credential data through tables and graphs. Its purpose is to help you quickly summarize and identify important data points in the report.

The Detailed Findings section provides granular details for each host in the project. It includes the following data: