The Modules page is where you can review module information and run a module against your target host.

You can access the following sections from the Modules drop-down:

After navigating to “Modules”, the search screen is the first page you encounter. From here you can see information such as the operating system and CVE ID. 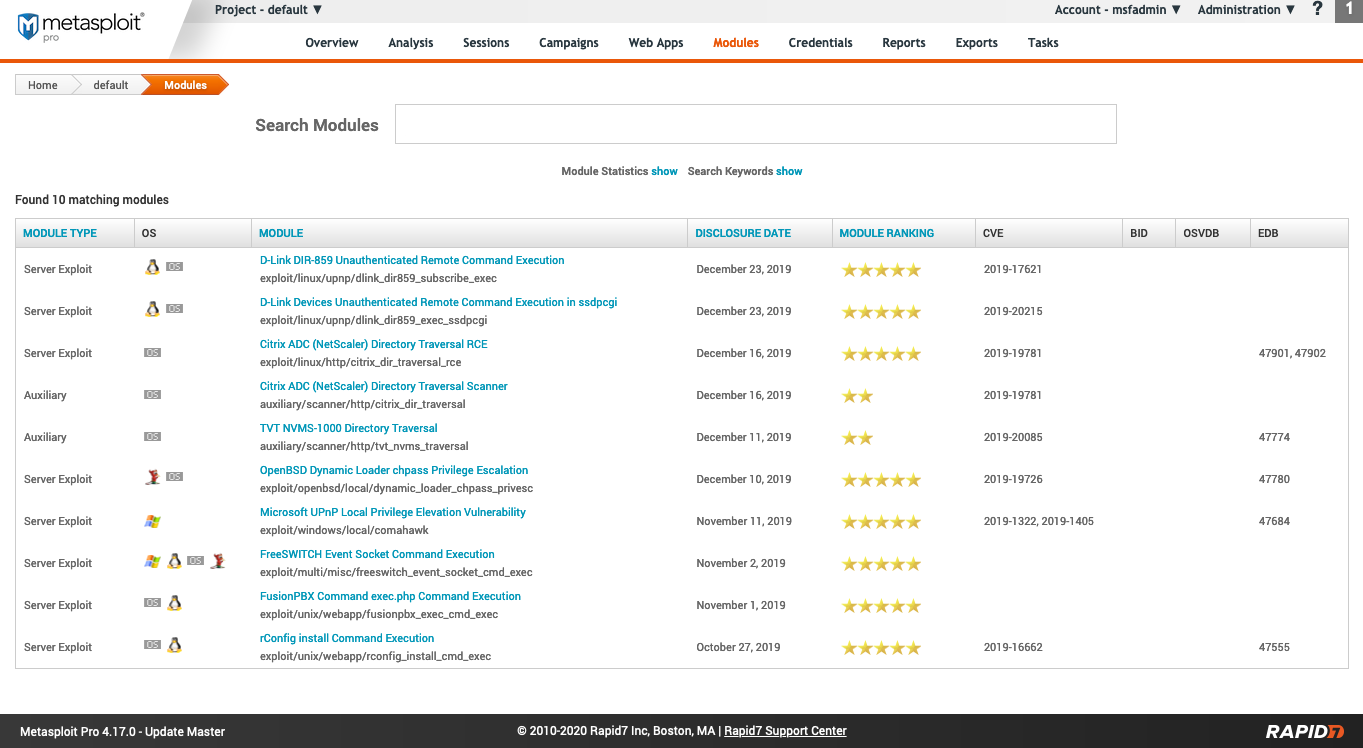 Modules can have one of the following rankings listed here in descending order of reliability:

To access MetaModules, navigate to “Modules” then choose MetaModules from the dropdown. MetaModules extend the capabilities of modules in Metasploit Pro.